Hindi was espoused as India’s official language on September 14, 1949, by the Constituent Assembly of India. From that day September 14 is celebrated as Hindi Day (or Hindi Diwas) every year to show its significance and acknowledgment. Hindi is considered to be one of the Union Government languages which are written in Devanagri script and another language is English. Hindi is one of the 22 languages of the Republic of India.

Digging into the history of Hindi, studies found out that it belongs to the Indo-Aryan division of Indo-European language family. Mughals and Persians mended the Hindi Language according to their will. It is known to all that India is a diverse country with hundreds of languages spoken so after independence, the biggest question arose about which language to be called as the national language. On December 6, 1946, the Constituent Assembly was elected to write the Constitution of India. Although the final draft was approved by the authorities i.e. the Constituent Assembly on 26 November 1949 and it came into action throughout the country from 26 January 1950.

In spite of being an Indian language, Hindi is spoken in several other countries. Like Nepal, Trinidad, Guyana, Suriname, Fiji, and Mauritius.

Post-independence, the Government of India set a goal to give an idealized look to the mother tongue of the country and set a target of grammar and orthography using the Devanagri script to bring about the similarity in writing.

Hindi is considered to be the most spoken language in India. 78% of the people of India speak and understand India. It is to be noted that “Hindi” is basically a Persian language word. The very first Hindi poem was written by the eminent poet “Amir Khusro”. It is interesting to know that the very first literature on the history of Hindi language was composed of a French writer “Grasim the Taisi”. Glories of Hindi language are innumerable, in 1977, Atal Bihari Vajpayee, the first external affairs minister addressed the UN General Assembly for the first time in Hindi. The first very web portal of Hindi came into existence in 2000, since then Hindi started to gain more attention on the internet. According to the studies on “Google”, it is found out that consumption of Hindi content has increased over the years. It is one of the seven most used languages to create a web URL.

It is said that in 1918, in Hindi Sahitya Sammelan, Gandhiji for the first time made a word about making the Hindi language as the national language. On the day which we call it as Republic day i.e. 26th January 1950, Hindi was recognized as an official language in Article 343 of the Constitution.

Hindi Diwas (or Hindi Day) is celebrated in schools and communities as Hindi week or Rajbhasha Week. Competitions are organized in schools and offices which include essay-writing and drawing posters and skits.

50 Best Short Quotes of the Day with Images

8 Quick Diwali Mithai and Food Recipes to Must Try 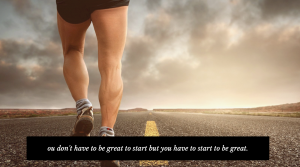